Interview: Michael Hebler, author of Hunt for the Chupacabra

Author Bio: “Michael Hebler has resided in Southern California all of his life and worked as an international publicist for feature films before becoming a published author. “

What inspires your stories?

What genre do you gravitate toward and why?

Although the children's picture book was kind of a fluke, I really enjoyed working on that project so I have come up with a couple of other picture book ideas including a story which teaches children the origins of Halloween and how some of our customs have come to be what they are today; however, I consider fantasy fiction my primary genre, mostly because of five Chupacabra Series novels and other novels I have planned to write in the near future.

I love this question because I have no work habits. I write when I'm inspired and when I'm not inspired, I work on marketing and publicity, which is extremely important for authors to do whether you're self-published or working with a publishing house. Coming from a film publicity background, I realize the importance of publicity. I find that I have a nice balance between the creative part of my work and the more mechanical part.

What do you consider your best work?

Oye! This is like asking which child I love more. I would have to go with my upcoming novel 'Night of the Chupacabra', which is just being finalized in editing, although I recently completed the first draft of Book 2 in my Chupacabra Series, 'Curse of the Chupacabra', which has been read by two people thus far and they both agree it's even better than the first. But until Book 2 is the final and complete draft, I'm sticking with Book 1.

Do you plot out your novels in advance or do you write on the fly?

An interesting question, especially for me since my novels were both adaptations from another format of my original work. Going back to when I first wrote the screenplay versions, I plotted them out in advance. Of the five books I have planned, only the first two were ever screenplays, so with Book 3, I'm currently plotting that storyline and will actually write it as a screenplay first. I really liked adapting from the scripts because it acted as a very comprehensive outline. I think I might stick with style for all my writing, plus if Hollywood ever wants to do a movie adaptation, I'll be ready.

What experience do you want for your readers?

I write what I want to read. My first "adult" books were Stephen King. It was what my avid reader mother had most of on the shelf at the time. This was back in the early '80's, so it was (in my opinion) his better work (Pet Cemetery, Misery, Carrie, Salems' Lot) That was a great experience for me and led me to read more books and other authors. I just want my readers to have a great time reading and not want to put the book down. There are some minor themes to my stories, but I mostly just write to entertain.

Are any of your character traits or settings based on real life?

LOL! No way! Thus far, the Chupacabra Series is about "lost love", which, even in my 40's, I have not really experienced in my real life and the characters are not mirror images of anybody I know either. If anything, they were probably influenced by other fictional characters from all the other books I've read, movies I've watched, characters I've performed.

What are your most significant challenges when you write?

Not being distracted. I run a blog called 'My Little Obsessions' about all things I love from movies to food to anything! I even refer to my blog as 'what distractions life has to offer' because I seem to have trouble focusing sometimes, which I believe is a great gift to have when writing because if I can't focus on what I'm writing as I'm writing, then I know it's not entertaining enough and I take a couple of steps back and rework my story until it keeps my own attention.

What are you currently working on?

One big piece of advice I received when writing scripts was to always remember that there is a fine line between your imagination and what your audience wants to read; meaning, keep the story yours but be open minded to constructive criticism and advice from others. There have been many times when someone has suggested an alternative plot point and I thought about their suggestion, even if I did not agree right away. The suggestion is usually made because they see more than what is written. Now mostly, I did not take their advice; however, their advice would sometimes inspire another idea that was even better than theirs and what I had originally written. You never know where the better idea can come from. Just don't keep too tight of a grip on your work, let it breathe a little.

Hunt for the Chupacabra is available on

An audio version Hunt for the Chupacabra is available free for listening on the author's website.
Posted by Lea Ryan at 8:00 AM 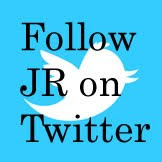 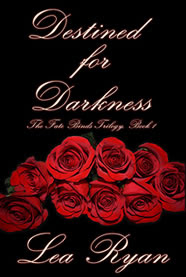 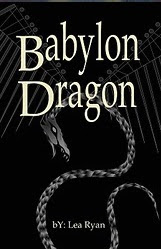 Available in Print and ebook 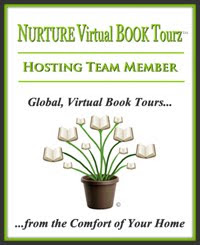